Student by day, Programmer by night. Kinda like a superhero. 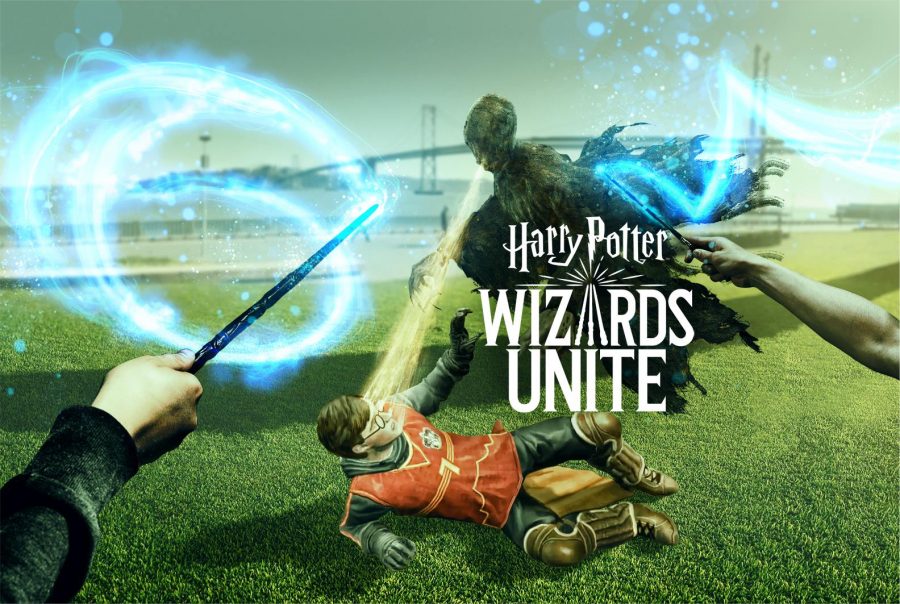 This is probably going to be the first of many posts about Wizards Unite. Harry Potter is one of my favourite franchises, and I’ve been looking forward to this game since the announcement back in 2017.

Luckily enough for me, Wizards Unite launched in Australia as part of the beta rollout, and I’ve been going hard the past two days.

I’ve been mainly playing around my university, and local shopping centre. I managed to hit level 7 today, chose the Auror class and also prestiged my first sticker collection.

Don’t judge, but I’ve already spent some money in the game, though if you’re worried about microtransctions, it really isn’t any different to how Pokemon Go handles them.

Overall, I’m really impressed with the game so far and I think it goes above and beyond in recapturing that Pokemon Go Magic. Keep in mind, I am still pretty early in the game, but as I play I’ll share more of my thoughts in future posts.

I remember being cautiously hyped, because there was rumours flying around saying that the game was going to be a Pokemon Go reskin, but I can happy confirm that it definitely isn’t.

Niantic really made Wizards Unite feel distinct and different to Pokemon Go, in both gameplay and looks. Harry Potter Wizards Unite is much more of an RPG, and offers a more indepth experience.

I also love how Wizards Unite manages to incorporate and build upon the different parts of the Harry Potter Universe. I’m also keen to see the direction Niantic takes with the games’ main storyline, but I won’t delve too much into spoilers.

I think any fan of the franchise will fall in love with the amount of care and length that Niantic went with the game. You can really tell they were passionate about treating the Wizarding World with respect, and how they added to the Universe.

Wizards Unite kinda features its own Pokedex of sorts, where you collect different characters and objects from the series as stickers to put in the Registry, but instead its much cooler.

The art for the Registry looks amazing, and it’s all themed. For example you have a collection page dedicated to Hagrid’s Hut under the Magical Creatures section.

There’s also a prestige system which I thought was pretty good. It adds so much more replayability and goals to the game. As you complete sticker collections, you have the option to “reset” them, it offers rewards and XP.

It’s odd but I also really like the design and the reward screens. The animation for them is beautiful. It just adds so much more to the game experience.

I’m also a huge fan of how much variety there is with points of interest on the map. It’s a welcome change from Pokemon Go’s pokestops and gyms. Wizards Unite offers inns for spell energy, greenhouses for ingredients, different landmarks and fortresses (dungeons).

On the topic of greenhouses and inns, I really like how the game incorporates the real world into the UI for them too. It’s a small detail, but I appreciate it.

I also like that more than just foundables spawn on the map, you have enemies and even different ingredients to collect. I did notice though, that things seem to spawn and despawn much faster than Pokemon Go, but it isn’t ncecessarily a bad thing.

The Wizards Unite profession system is also way more extensive than I expected. The skill trees are also way larger than I thought.

It also seems like they’re planning to add more in the future. I also like how different and unique the classes are. To my memory, the Aurors are the DPS, Magizoologists are the tanks, and the Professors are kinda the support, inbetween.

Where Pokemon GO has eggs, Wizards Unite has Portkeys. It’s probably one of the coolest and best use of augmented reality I’ve ever seen on mobile. You’ll be able to see it in my YouTube Video at the end of the post, but you place the Portkey on the ground which throws up a portal.

You actually can walk around the portal, and also step inside it which transports you to the Wizarding World. It’s way more impressive than how AR Plus is used in Pokemon Go, and it actual feels magical. Wizards Unite really lives upto the quote “any sufficiently advanced technology is indistinguishable from magic.”

I also really like the spells. It feels like Niantic put a lot of thought into them, and matching them up with the different encounters. Each spell is unique in how you cast it, and I really like how they’re handled in the combat system.

In general, I just really like how they handled combat in the game. It’s way more interactive than Pokemon Go and it feels like you’re actually in a wand fight. You have to do different patterns for the attacks, defending them and then there’s also quick time interactions. You also have potions that add to battles, and the different classes have different abilities too. I’d love for them to add in PvP though, however I’m not too sure how they could handle it.

The potion brewing system is also awesome, and one of the more unique mechanics. You find ingredients pretty much anywhere, they spawn on the map, given out as rewards and also in greenhouses. You also unlock more recipes as you play.

Potions are integral to the game, and they range from anywhere between more EXP to helping out in combat. I also really liked how they handled brewing them, you can stick multiple on at a time and once one finishes the next will start brewing. I can just leave a few potions in them over the course of a day and not have to worry about opening and closing the game to check on them.

Anyways, overall I love the game. I definitely see myself playing it long-term. There’s definitely a few flaws or things I’d like to see added into Wizards Unite though, but I’ll keep that for another post.

I said it before but I’ll say it again, I really think Wizards Unite gives the whole “any sufficiently advanced technology is indistinguishable from magic” experience.

Hey and welcome to my site. I’m Cam “Hexdro” Nguyen, a writer from Australia.

A student by day, and journalist by night. Sort of like a superhero I guess.