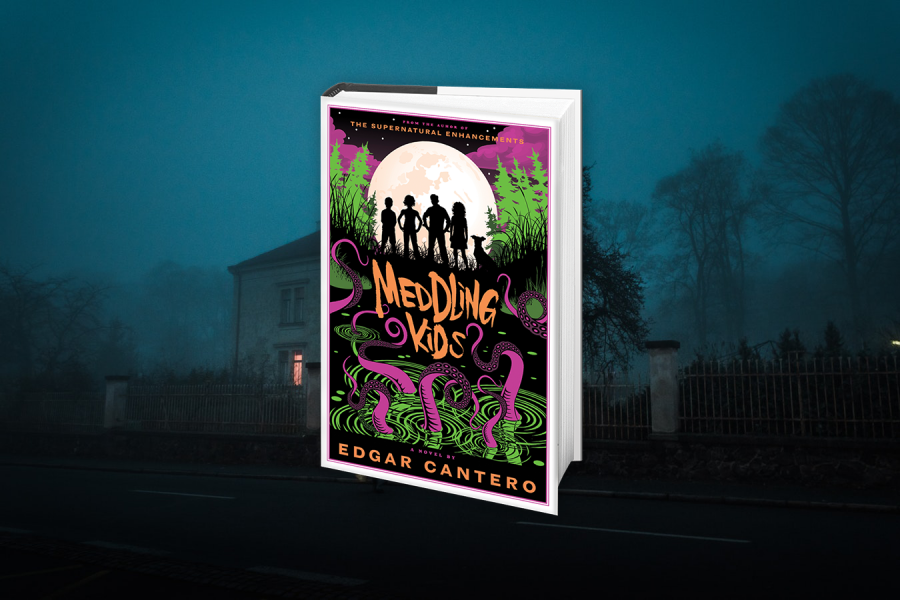 A fresh spin on the Scooby Doo formula, Cantero manages to blend the best of both worlds in Meddling Kids as he reimagines the Mystery Gang going up against Lovecraftian forces for a much darker take on the classic cartoon series.

The book follows the Blyton Summer Detective Club thirteen years after their last case, the elusive Sleepy Lake monster. Having grown up- and apart, they decide to reopen the investigation believing there to be unfinished business. They believe Sleepy Lake to be the true source for their struggles and nightmares in adulthood and seek to uncover the truth.

Meddling Kids acts as both, a great nostalgic love letter to the horror and mystery genre, as well as an enjoyable coming of age story. The characters learn to live with their flaws, and stand up to face issues instead of running away from their childhood. Cantero also pays great attention to detail, with his skills shown throughout the novel with incredibly fleshed out and fascinating lore.

Cantero also does a great job with the plot for Meddling Kids. He diverts away from the predictable Scooby Doo format, providing plenty of unforeseeable plot twists and well written, three dimensional characters. Even the minor additions to the cast go through satisfying character arcs.

Whilst I absolutely loved the novel and the fresh ideas it brought about, it definitely isn’t without its flaws. I found Edgar Cantero’s writing style was extremely jarring, which was most evident in the rough first few chapters. He would jump between a novel format and script dialogue during character conversations, making it hard to follow and a messy read.

The novel also kept on trying to be everything at once. It came off feeling forced and even cringeworthy at times as he tried to mesh together other genres where they clearly didn’t belong. Cantero would place you in the middle of a horrifying, suspense-filled scene only to immediately rip you out of the masterfully crafted atmosphere with ridiculous, multiple-page long action scenes.

At times I’d even find myself checking to see if I was actually reading the right book as Meddling Kids would take random nosedives into romance territory. The author would dedicate pages upon pages to awkward dialogue, hair sniffing and extremely descriptive intimacy between the main characters which felt extremely forced.

Whilst it could be argued that being over-the-top and absurd is in the spirit of the Scooby Doo cartoon, it really clashes with the tone that Meddling Kids tries to create as it takes itself so seriously. I think if Cantero doubled down more on the horror aspect, and was more subtle with the action and romance, the book would be better for it.

Loveable but flawed, I still recommend Meddling Kids. Especially to fans of Scooby Doo, it’s a must-read. The book manages to tackle some darker topics, whilst still being a comedic joy ride, and a fun mystery to investigate alongside the Blyton Summer Detective Club.

Packed with lovecraftian horror and mystery, Meddling Kids is the darker take on the Scooby Doo formula that I’ve always wanted. With well written characters and an awesome plot with twists and turns at every corner, it’s a great read that slightly misses the mark in its execution.

A Stroll Through Gleaner Heights

I write about reviews and articles for books, games and movies!